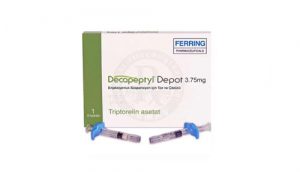 From the moment Sietse was given puberty inhibitors (and later testosterone), he has stopped menstruating. That is now 6 years ago.

Every month the menstruation was a very big drama. I saw that he was suffering, but only realized how much it has done to him since a few months. We started talking about the time he was menstruating when he told me he didn’t really want to talk about it. He just wants to forget. Thinking about menstruation hurts too much.

So much pain, in fact, that he went under the knife last Thursday to have his uterus and ovaries removed. The only reason for this intervention was his peace of mind. Now that the – as we call it – chicken coop is out, he has the certainty that he will never have his period again.

Sietse is not the only transgender adolescent who is going through puberty without puberty inhibitors. He’s not the only one suffering the consequences either. Yet transgender young people who are in puberty, but on the waiting list, do not receive these inhibitors. There are various reasons for this, but everything boils down to the argument that care providers want to be careful.

Thursday morning I sat with Sietse waiting for him to be taken to the OR. I looked at him and the tension was written on his face. Going under anesthesia is scary, and knowing you’ll feel sick when you wake up isn’t a pleasant prospect. Yet he chooses it. Because the trauma of menstruation is greater than his fear. It touches me and I wonder how careful it is to allow adolescents who are on the waiting list to swim without puberty inhibitors. Many of these young people do not survive this period unscathed. Many have emotional problems as a result of going through puberty that they don’t want. Often with zero professional guidance. How careful is that?

I have been advocating for it for a long time and will continue to advocate for it. Have transgender young people who have entered puberty, but are still on the waiting list, receive puberty inhibitors as soon as possible via a pediatrician in the regional hospital. It saves trauma, a lot of problems and – this is for the insurers – even costs.

Let me know what you think!

If you have any questions, comments or suggestions about my blog, I'd love to hear from you!
Comment at the bottom of the post or by clicking the button below.